A day in Porto, a ghost town in the making 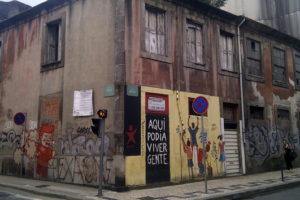 The first hours of my stay in Porto left me a great impression of the city. I could admire the beauty of the city and its amazing bridges from the train or from the nice terrace where I ended up first before catching another bus to Lisbon. But there was a dark side of the city I only discovered the next day of my arrival.

More than anywhere else in Portugal, Porto is turning into a ghost town. In every street, dozens of empty houses with broken windows, or ‘for sale’ posters are popping up. Plenty of them have been for sale since decades, and it is not rare to find ruined houses in the city center. According to 2011 figures, 12.7% of all houses in the Greater Porto area is vacant, and it is even higher to 18.8% inside the municipality of Porto.

Actually, the only population growing in Porto is the one of seagulls. Those noisy birds have invaded the city for some years while the city of Porto has lost 65.000 inhabitants since the 90s. 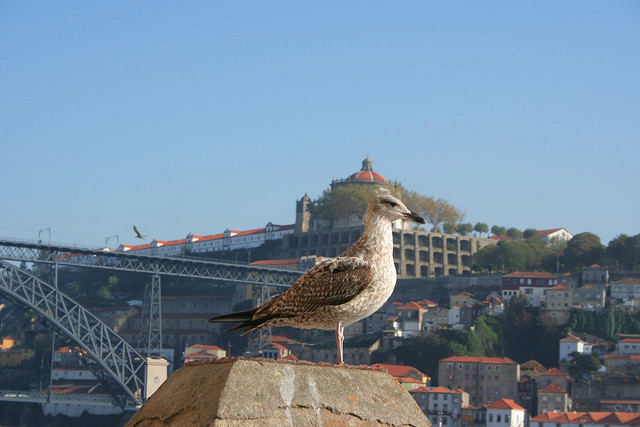 “Because the owners have waited for year already, they don’t mind waiting more time for the prices to go higher” a city guide explained to me. On the demand-side, unless when a bank or a hotel chain buys a house for a cheap price to turn it into tourism-oriented building, very few portuguese people would invest in them given the cost of any renovation.

Indeed, Portugal has a law that makes external renovation of houses very difficult. Basically, any change of the façade of your house needs a special — and rarely granted — permission from the town hall. For that reason, the cost of any renovation gets a lot higher because you need to work from the inside without touching the façade or the roof…

On top of that, Investing for renting has also been made difficult because of portuguese law on rent-controls that gives portuguese owners less incentives to improve or even maintain their houses conditions. Unsurprisingly, the construction sector is collapsing. 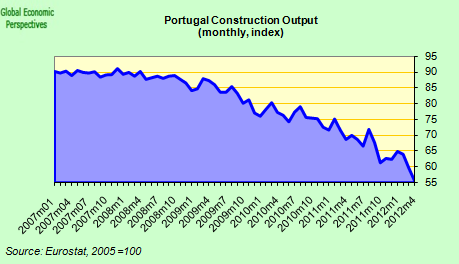 The crisis worsened the situation. While the city is getting empty, many people have been pushed in the surrounding neighborhoods of the city center. Ironically, it is told that the Church of Portugal owns a lot of these vacant houses. “But they would not do anything with them” one told me after trying to convince them to release some lodging to people in need.

Except for those working in tourism related activities, there are not so many opportunities in Porto anymore. Because of the growing unemployment pressure and austerity measures, more and more portuguese have decided to emigrate, following a very cynical advice from their prime minister. 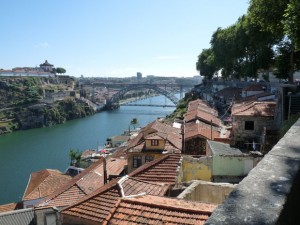 Ruins in the city center

Another ongoing trend in Portugal is to go back to the countryside. People buy pieces of land in the countryside and move out from the city, in an attempt to adopt a more (financially) sustainable lifestyle, by growing food and avoiding to pay a rent.

Several people I met are considering doing this too. “As soon as I have some thousands euros, I buy a land, a caravan, and go live there” one lady told me. Yet, she is actively watching for a piece of land on the internet. Lots of them are really cheap, only a few thousands euros required.

Some want to accelerate this trend. ‘Banco de Terras‘ for instance, is an independent project aiming at helping people with ideas to get a piece of land.  The government also launched a similar project called ‘Bolsa de Terras’.

Still, some are determined and want to stay. To make a living, Gi, a young woman in her thirties and two friends have started The Worst Tours, a website where they offer (recommended) city tours, in which they show you the hidden parts of the cities and offer you real insights on how people are affected by the crisis.

What’s the future in Porto? Hard to say, but my host friend has an idea: “Seagulls will take over this ghost town”, she smiled.