Cyprus at crossroads between Europe and Russia

While the idea of bailing-in the Cypriot banks was good idea in principle, the way the Cypriot government and the troika implemented was very badly designed – not to say scandalously unfair.  Now it’s up to the Cypriot People to demand a better plan. But which one? Everyone is blaming the troika for having tried to […] 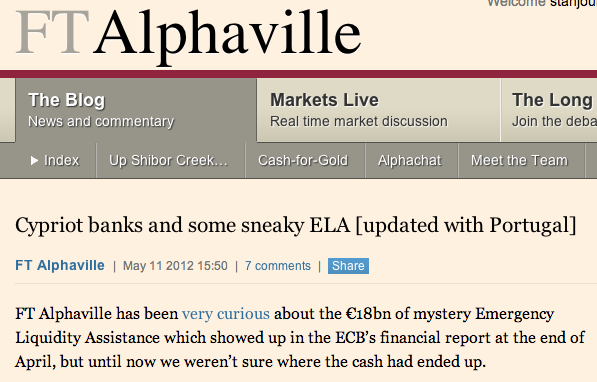 Th FT Alphaville mentions my analysis of the balance sheet of the central bank of Cyprus.