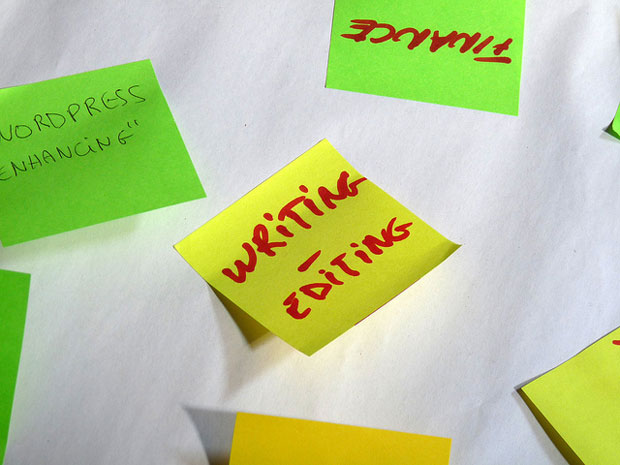 If you intend to be a changemaker, you should behave like a journalist, act as a publisher, think like your potential readers. And build media platform to support your movement.

For five years now I’ve been on the internet, reading, writing, editing, on various websites. I started just like another blogger, writing for couples of unknown readers. I was no one, until my patient job finally got more visibility and its first public recognition. I later became what is usually called a ‘journalist’.

I have seen how an innovative newsrooms like Owni.fr used to work and learnt some great practices. I have also experimented old-fashion methods and have a better understanding why our media ecosystem is so incapable of providing the right information we deserve.

And this is why I can’t agree more with Holly Rigby when she says that “we must intervene and compete with the capitalist media.”

People call me a journalist, but my goal was not to make a career in the profession. Rather my intention was (and still is) to spread ideas, inspire people, get them to the point they want to take action. After I got sick of working for old-fashion newsroom, or struggling as a freelance writer to make a living, I focused on creating new forms of content publication that would spread the information I think deserve more attention.

But I would go one step further, arguing that the one who truly work for building a better world also need to reinvent how we produce information.

This is why I pushed for building a news portal in French about basic income which I am still coordinating the publications. With the OuiShare community, we have also built a multilingual magazine. Both projects work in an open and decentralized way, something we later called a P2P Newsroom.

If you intend to be a changemaker, you should behave like a journalist, act as a publisher, think like your potential readers. And if you do so, you will end up with the need of building your own media. Not convinced yet? Consider this few takeaways:

The journalists won’t do the job for you

I meet many activists who keep complaining that the journalist ignore them, or publish misleading reports about them. This is probably true in many cases, but what are you doing to fix it? You cannot afford to wait for them to do their job right, so I say you should stop complaining and do the journalists’ job instead.

Are you promoting a cause, an idea, a project? Explain it, argue, give concrete examples how your idea/project would make this world a better place. Are you building a social movement? Report about it, make it visible that your movement is growing. Every single bit of information that might make your idea stronger deserves an article, a video, a picture.

We live in an era where information is abundant, but attention more and more scarce. People only have 24 hours a day, hence the lack of support for many causes: People simply are overloaded with lots of stuff. There is no point in trying to change that. The only thing you can do about it is to go where people spend their time, where their attention is focused on. Is your target audience on facebook? Go make your facebook page, and make it as viral as possible. Provide valuable content that will educate, entertain, inspire your community.

As a changemaker, your final goal is probably to go raise mainstream awareness. The thing is, you will not do it alone and therefore you will need your community to convince the rest of the World on your behalf. How to do it? Well, a first easy step is to give your audience valuable content that they can spread.

Provide easy-reading articles to your community so that they can in turn share it to their friends. The pace is also important: don’t harass your supporters, but remind them of your existence quite often and invite them to take simple actions. It’s a long-run battle: if you ‘infiltrate’ their lives everyday, they will eventually want to do something for you.

Last but not least, building your own media platform is a both attack-defense strategy. Not only your content might help spreading your ideas beyond your core community, interpellate policymakers, but having a strong channel of communication will be very helpful as well when it comes to answering critics, dismantling rumors or defend your positions.

“If people don’t take part in the production and release of information, they’ll never find someone within big media corporations willing to speak on their behalf” once told me Aris Hatzistefanou. It is time for social movement to truly embrace this statement. At the end of the day, not only social movement will increase their impact, but they might as well significantly contribute to the reinvention of journalism and media.