I was not expecting anything from these elections, but still I feel disappointed. No by the results in itself, but rather by the absence of any sort of surprise.

What can the World expect from France?

Today is an election day in France. But if you expect some surprising news, you had better to check out this few radical ideas that will emerge soon.

In a recent speech on the air of the radio Europe 1, the socialist candidate François Hollande advocated for statuses reforms of the ECB in order to allow Frankfort to “lend directly” to the eurozone States. His move contradicts what he said in the past.

Spanish (undoubtful) fact of the day

Today, the central bank of Spain published its monthly statistics on doubtful assets owned by its private banks. Doubtful assets are mainly composed of non-performing loans or arrears. In other words: money owed to banks that household or companies are possibly not going to pay back. Without surprise, the amount of these bad assets is still rising.

Collaborative finance: not so easy to innovate in France

While the financial crisis highlights the gaps and flaws of today’s complex financial system, those who are trying to innovate and develop better practices such as P2P lending, micro credit and P2P venturing are facing a lot of legal constraints.

What’s all the fuss about futures derivatives on french bonds?

A rumor is currently trending in France: Sarkozy would be the instigator of the launch by Eurex of a new market for derivative on French bonds. For some, the move is intended to stimulate market pressure on french debt and thus give credit to austerity speeches. However, these information are highly subject to misunderstandings and fake informations. You can read my analysis on my english

A rumor is currently trending in French media: Sarkozy would be the instigator of the launch by Eurex (pdf) of a new market for derivative on French bonds. For some, the move is intended to stimulate market pressure on french debt and thus give credit to austerity speeches.

Is France in denial? Not more than the rest of the World 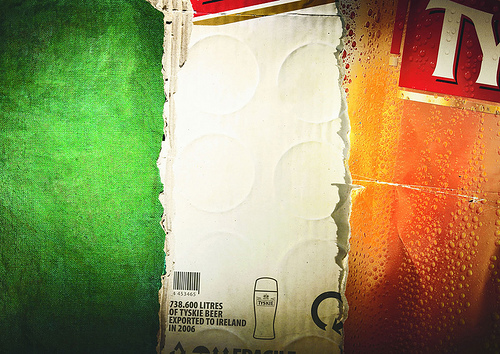 French press get it wrong about the so called “deal” reached by the Irish government with the ECB and European Commission.

On Thursday, the Irish government announced that it reached a deal about the promissory notes issue, that forces Ireland to pay 3,06 bn euros on march 31st. But this deal actually does not defer any payment neither relieves Ireland from its heavy debt burden. In France, the only newspaper that reported about this information was Les Echos. But their paper is such a misleading