REPORT: Strengthening the Parliamentary oversight of the ECB 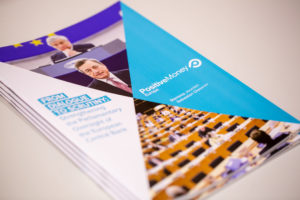 On April 9th 2019, we launched Positive Money Europe’s new report ““From Dialogue to Scrutiny: Strengthening the Parliamentary oversight of the European Central Bank“ which I am a co-author together with Sebastian Diessner (London School of Economics).

The report aims at formulating pragmatic proposals in order to improve the parliamentary scrutiny of the European Central Bank by the Parliament’s ECON Committee. In particular, we advocate for the creation of a parliamentary subcommittee and to grant more power to the European Parliament in the appointment process of ECB board members.

The report was presented at an event co-hosted by MEPs Ramon Tremosa and Pervenche Berès in the European Parliament.